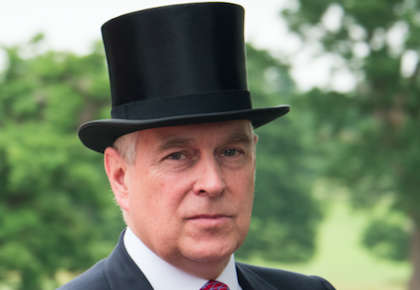 A law suit was filed against Britain's Prince Andrew on Monday by a woman who alleged that the monarch sexually abused and battered her two decades ago when she was a teen.

Virginia Giuffre, who claims that she had been trafficked for sex labor by the late Jeffrey Epstein, filed the civil complaint against Prince Andrew with the U.S. District Court in Manhattan.

Prince Andrew's publicists have declined to comment on the lawsuit.

Giuffre's complaint alleged that "Prince Andrew forced Plaintiff, a child, to have sexual intercourse with Prince Andrew against her will".

Prince Andrew denied Giuffre's allegations in a 2019 interview with the BBC, where he claimed that he had no recollection of ever meeting her.

Andrew, 61, has been confirmed to have ties with Epstein, who was charged by federal prosecutors in July 2019 for sexually exploiting dozens of young women and girls.

Epstein killed himself at the age of 66 while awaiting trial in a Manhattan jail on August 10, 2019. Prosecutors have revealed that Andrew had nto cooperated in their investigation against Epstein.

"I am holding Prince Andrew accountable for what he did to me," Giuffre said in a statement. "The powerful and rich are not exempt from being held responsible for their actions."

"I hope that other victims will see that it is possible not to live in silence and fear, but to reclaim one's life by speaking out and demanding justice," she said.

Giuffre claims that Epstein trafficked and abused her starting when she was 16 in 2000 through to 2002.

She wrote in her complaint that she was forced to perform sexual acts by Prince Andrew at the London residence of Epstein's longtime associate, Ghislane Maxwell.

Giuffre claims to have been the victim of Andrew's abuse at Epstein's Upper East Side mansion and private residence in the U.S. Virgin Islands as well.

Allegedly, Giuffre "was compelled by express or implied threats" from Epstein, Maxwell, and Andrew, to engage in sexual acts with the Prince.

"Andrew's wealth, power, position, and connections enabled him to abuse a frightened, vulnerable child with no one there to protect her," the complaint said.

The complaint accused the Prince of battery and intentional infliction of emotional distress, while seeking compensation for these damages.

Giuffre's suit was made possible by the Child Victims Act, a New York state law that allows victims of alleged abuse as children to pursue claims against their abusers, even if the abuse happened decades ago.