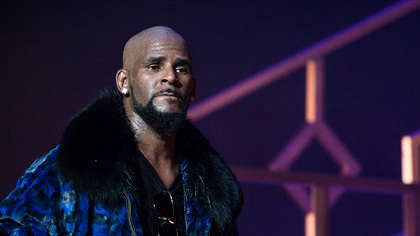 Warning: This article contains references to alleged sexual assault and abuse. In the closing arguments of trial, Cannick implored jurors to summon “the courage” to find Kelly not guilty.

In the closing argument of his trial in New York, R Kelly’s lawyer claimed that women accusing the RnB star of sexual abuse are little more than star-struck fans who were motivated to lie by money. Kelly's lawyer, Deveraux Cannick, portrayed the singer's accusers as hoping to cash in on his fame through media appearances, such as in the 2019 documentary Surviving R Kelly.

“They're monetising. They know what the game is. They're surviving off of R Kelly,” Mr Cannick said, before quoting historical civil rights leader, Martin Luther King Jr, as he implored jurors to summon “the courage” to find Kelly not guilty.

“I told you about Dr King and the people of courage for a reason. Getting a conviction of R Kelly is a big deal, but a bigger deal is fairness.”

Charges brought against Robert Sylvester Kelly are vehemently denied. The singer faces charges of one count of racketeering and eight counts of illegally transporting people across state lines for prostitution.

Mr Cannick counters these claims and said Kelly brought his accusers on wild shopping sprees - costing more than cars, and treated them “like gold”. Cannick explains Kelly's use of non-disclosure agreements was common in the entertainment industry and portrayed Kelly’s first accuser, Jerhonda Pace, as a “groupie stalker extraordinaire”.

Mr Cannick urged jurors to use their common sense, adding: “Somebody's life is at stake here.”

Ms Geddes reviewed the testimony of dozens of accusers, former employers and others who spoke out against the singer. Prosecutors depicted the singer, as a violent predator who used his fame and charisma to deploy people who worked for him to lure women and underage girls. Ms Geddes said that Kelly had hid his crimes in “plain sight” by wielding his “money and public persona”.