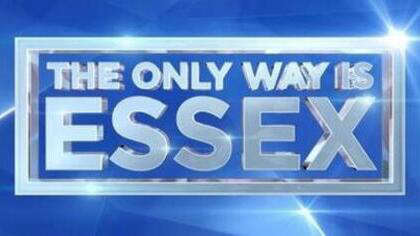 The Only Way is Essex star Lewis Bloor has begun his court trial for his role in an alleged £3 million diamond scam.

Southwark Crown Court heard how Bloor became involved in the scam prior to finding fame on the popular ITV reality show.

The scam involved the sale of small, coloured stones, which were passed off as diamonds to unsuspecting buyers. More than 200 people were conned out of a total of £3 million. Most of the victims were elderly.

31-year-old Bloor is charged with conspiracy to defraud between May 7th, 2013 and July 1st, 2014. Five other men are also on trial alongside the reality star.

Two companies - Imperial Assets Solutions and Henderson & Forbes – are accused of running the scam. Both firms claimed to be specialist brokers for the diamond trade. Victims were cold called by salesmen who told them the diamonds would be an investment that would increase in their value.

In reality the "diamonds" were low-value stones purchased wholesale and sold to the unwitting buyers with a 600% markup. Most of the buyers never received the stones, as they were held in a warehouse in Geneva. T o appear legit, payments were made through a law firm or accountancy company.

"Each one of these six defendants was involved in both, with one exception, Lewis Bloor, who left at some point in 2013 to pursue a career in television," Prosecutor David Durose told the court. "In total, over 200 people were conned into buying coloured diamonds and the companies defrauded those people out of a total of well over £3 million."

Durose went on to detail how many elderly people were conned out of their life savings by the accused men.

"All of those involved tell a similar story," he said. "Every single one of them has lost their money."

"Because of the price they were sold at and the circumstances in which they were sold, they could never have been a genuine investment opportunity," Durose said of the stones.

Bloor and the five other defendants initially appeared in court in 2019 but the trial was adjourned to September 202, and then further adjourned due to the pandemic. Bloor pleaded not guilty to the charges.

In his most recent Twitter post, dated September 17th, Bloor seemed in positive form, tweeting "Have a think about this before you hit the pub/sesh tonight: We are what we repeatedly do. Excellence then, is not an act but a habit. Spend your time this weekend chasing something other than a hangover."

Have a think about this before you hit the pub/sesh tonight:

“We are what we repeatedly do. Excellence then, is not an act but a habit”

Spend your time this weekend chasing something other than a hangover.

Bloor joined the cast of TOWIE in 2013 and remained a cast member for the next three years. During his time on the show he was romantically linked to co-stars Lauren Pope, Chloe Lewis and Kate Wright. In 2016 he entered the Celebrity Big brother house, but was the fifth celeb to be evicted. While in the CBB house he began dating Geordie Shore star Marnie Simpson but the couple split after he cheated on her while she was away filming her own reality show.

The reality star is no stranger to controversy. In 2019 he was spotted allegedly buying cocaine from two men in the street before snorting the drug, an act caught on camera by tabloid photographers.