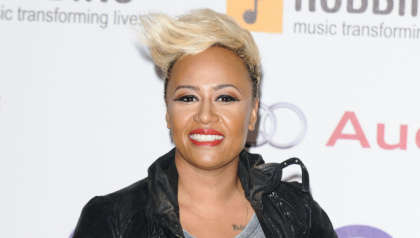 Emelie Sandé has announced her engagement to her girlfriend Yoana Karemova.

The Read All About It singer confirmed this new via social media, having revealed that she was in a same sex relationship earlier this year.

Back in March, Sandé admitted that she was initially "nervous" about coming out in public. However, she also stated that she wanted to "shout from the rooftops and celebrate" her relationship. Sandé also added that the reaction to her coming out has been "so loving".

Emelie Sandé who met classical pianist Ms Karemova while recording her recent album, has now announced that her partner popped the question, and that she said yes.

Radio presenter Zoe Ball and rapper Nadia Rose were among the household names to send their congratulations to the pair on their upcoming nuptuals.

Emelie Sandé had previously been married to marine biologist Adam Gouragine. The couple separated in 2013 after a year of marriage.

The singer's recent album Let's Say For Instance was released back in May, with her new record label Chrysalis, having split from her previously label Virgin after 10 years.