HSE Chief Says Omicron Wave Peak Yet to Be Reached 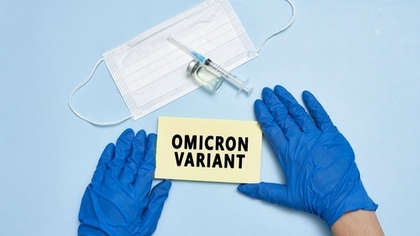 Chief Executive of the HSE Paul Reid does not believe we have reached the peak of the Omicron COVID wave yet.

Hospitalisation numbers continue to rise with 1,063 people in hospital with the virus at 8am on Monday morning, an increase of 79 on Sunday. Six more patients entered ICU for a current total of 89.

On a positive note, Reid noted that less patients are requiring advanced respiratory support than in previous waves.

Reid warned that while hospitalisations continue to rise, so too will staff absences in the health sector.

As many as 15,000 health staff are believed to be currently absent due to the virus.

Reid provided an update on the vaccination programme for the five to 11 age group, which began on Sunday.

83,000 children in the group have so far registered for the vaccine with over 27,000 having already received their first shot.

He encouraged any parents who have doubts to take their time and read the available information on the vaccine.

Asked about the news that NPHET is set to discuss mandatory vaccinations, Reid said he would not favour such a move but that it would ultimately be up to the government to make a decision on the matter.