No Return of Nitelink Services for Nightclub Reopenings 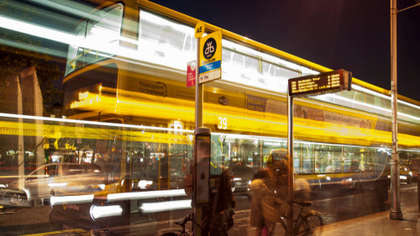 Fianna Fail's Dublin spokesperson, Dun Laoghaire TD Cormac Devlin, revealed that he received a letter from the National Transport Authority on the matter. In the letter, the NTA confirmed that there "are no current plans" to reintroduce the late night service.

Devlin has been pressuring Transport Minister Eamon Ryan to bring back the Nitelink service in line with the planned reopening of the late night economy on October 22nd.

"I believe it is safe to say that everyone across Ireland is eager for the further easing of restrictions on Friday, 22 October," Devlin said. "While the Government is pressing ahead and making every effort possible to encourage and restore the night-time economy, workers and customers will need access to public transport to get home after midnight."

Devlin's calls have been backed by the Licensed Vintners Association, which represents publicans in Dublin.

"The LVA fully supports Cormac Devlin's call for Nitelink to resume from 22nd Oct," the association wrote on Twitter. "This will be essential for the recovery of the night time economy after 18 long months of closure."

Addressing Devlin, NTA Chief Executive Anne Graham confirmed no date has been set for the return of the Nitelink.

"There are no current plans or a confirmed date to reintroduce Nitelink services," Graham wrote in a letter to Devlin. "The NTA in conjunction with Dublin Bus is considering their reintroduction in advance of the Christmas period."