Ashton Kutcher "Lucky To Be Alive" After Suffering From Autoimmune Disorder 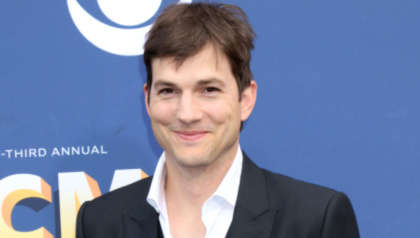 Ashton Kutcher has revealed that he is "lucky to be alive", having suffered from a rare autoimmune disease.

The actor who is married to Mila Kunis, made this revelation that he had been suffering with this disease, which affected his ability to hear, see and walk.  Kutcher stated this during an episode of Running Wild with Bear Grylls: The Challenge.

Before there are a bunch of rumors/ chatter/ whatever out there. Yes, I had a rare vasculitis episode 3yrs ago. (Autoimmune flair up) I had some impairments hear, vision, balance issues right after. I fully recovered. All good. Moving on. See you at the 2022 NY Marathon w/Thorn

Kutcher also revealed that this ordeal has given him a newly found sense of perspective.

"Like two years ago, I had this weird, super rare form of vasculitis, that like knocked out my vision, it knocked out my hearing, it knocked out like all my equilibrium", Kutcher could be heard saying in a clip from the episode. "It took me like a year to build it all back up".

Kutcher also revealed that life got "fun" for him, when he started to open up about his "problems".

"The minute you start seeing your obstacles as things that are made for you, to give you what you need, then life starts to get fun, right?", the 44 year old added. "You start surfing on top of your problems instead of living underneath them".