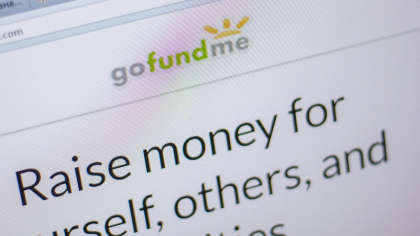 A GoFundMe appeal has raised over €40,000 to help support a teenage girl left with physical injuries following an assault in Ballyfermot last week.

17-year-old Alanna Quinn Idirs was walking home in Ballyfermot last Thursday evening with a male friend when the pair was set upon by a group of youths.

Alanna's mother Jamie said her daughter was left with several broken bones and teeth, along with a ruptured right eye.

The victim's father, Ahmed, shared a photo of his daughter's scarred face on Twitter and asked his followers to pray for her.

My daughter was viciously assaulted by 3 men. 30/12. 10pm CivicCenter.
Ballyfermot
WithHurlingStick,MetalBar&Knife. If any1 saw anything, pls report it. She suffered broken bones & lost of sight She is going tru multiple surgeries. Pls pray for her 🙏🏾 pic.twitter.com/cXXtGWwcCz

Jamie said one of Alanna's attackers is known to her and had earlier confronted her on a bus.

Alanna's unnamed male friend was confronted first before the youths turned their attention to Alanna.

"She was trying to make them leave him alone and one of them punched her and she fell to the ground," Jamie said. "Then they attacked him, and witnesses have said that they saw her being hit with something in the face."

Over the weekend a GoFundMe page was set up with the goal of raising €5,000 to help with Alanna's recovery. To date it has raised over €40,000. The funds will be shared equally with Alanna's friend.

Gardaí are appealing for anyone who may have witnessed the incident or captured it on dashcam to contact Ballyfermot Garda Station on 01 666 7200, the Garda Confidential Line on 1800 666 111, or any garda station.