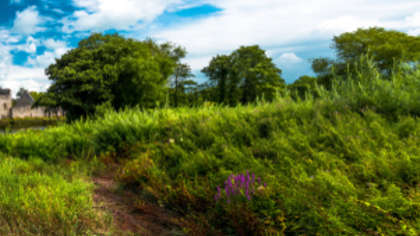 The Limerick greenway is now officially open to the public.

The 40km off-road walking and cycling amenity is built along the former Limerick to Kerry train line.

Works on the route include the restoration of two 19th century station houses at Ardagh and Barnagh, the renovation of the Barnagh Train Tunnel and a complete resurfacing of the route.

Access points to the routeway can be found at Ardagh, Rathkeale, Newcastle West, Barnagh, Templeglantine and Abbeyfeale.

Limerick City and County Council led the project with funding from the Department of Rural and Community Development, Department of Transport and Fáilte Ireland.

Highlights of the route include the Barnagh Train Tunnel and Ferguson's Viaduct, both of which have been restored.

Pat Daly, Limerick City and County Council Chief Executive, said "Trojan work has gone into making the opening of the Greenway possible this summer despite the pandemic. Although construction ceased earlier this year, causing significant delays to timelines, our ambition for the Greenway never faltered. Now due to the tireless work of so many, we are delighted to open it this week."

He added "Stretching through the rural countryside of West Limerick, the Greenway will help to balance investment across the county and give a boost to areas beyond the urban draw of Limerick city. The towns of Rathkeale, Newcastle West, and Abbeyfeale already have so much to offer, and the Greenway will be pivotal in assisting them, and the region as a whole, to thrive and flourish."