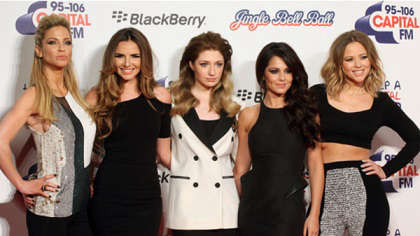 'It's surreal to think of us as a four': Nadine Coyle hints Girls Aloud could reunite for their 20th Anniversary to honour Sarah Harding after her death from breast cancer.

She was one of five members of Girls Aloud, along with Cheryl, Nicola Roberts, Kimberley Walsh and Nadine Coyle. The group produced five studio albums during their time together, including hits Sound Of The Underground, and The Promise.

Now Coyle has said Harding's death provided a driving force for her, hinting the band could reform as a four-piece for the anniversary of Harding's death.

Speaking to The Mirror, the singe said “this last year or two has shown that life can change so quickly. It's taught me life is too precious to be putting things off for the future. It is so surreal to me to think about Girls Aloud as a four. It is still raw.

“But it is our 20th anniversary next year and it would be really nice for the fans for us to do something. I am so proud of everything we achieved together as a band.”

Sources close to the Popstars Rivals winners has told reporters that they believe they will reform to celebrate Harding's life and the band's achievements. They said “the anniversary will obviously be very different to what was originally planned. But when the time is right the girls will do something to honour Sarah and all their achievements together.”