And Just Like That! Chris Noth Removed From Sex And The City Spin Off Finale 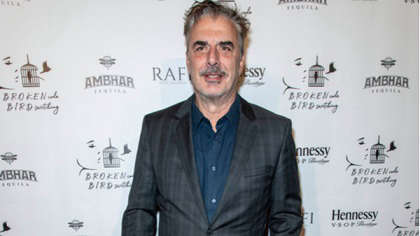 It has been reported that Chris Noth has been removed from the finale to Sex And The City spin off show, And Just Like That.

Having intially appeared in the spin off's first episode which saw his character Mr Big die of a heart attack, Noth was set to appear in the final episode of the series in some fantasy scenes with Carrie (Sarah Jessica Parker).

Variety have since reported that Noth's final scenes were removed as they were not “narratively significant enough to justify saving it from the cutting room floor”.

Noth has recently been in the headlines, having been accused of sexual assault by several women over a 15 year period. Noth has strongly denied these allegations.

“These stories could’ve been from 30 years ago or 30 days ago — no always means no — that is a line I did not cross", he said. “The encounters were consensual. It’s difficult not to question the timing of these stories coming out. I don’t know for certain why they are surfacing now, but I do know this: I did not assault these women".

Following these allegations, Noth was also dropped by his agency.

Sarah Jessica Parker, along with co stars Cynthia Nixon and Kristan Davis also released this statement in light of these allegations levelled against Noth.

“We support the women who have come forward and shared their painful experiences", they said. “We know it must be a very difficult thing to do and we commend them for it".