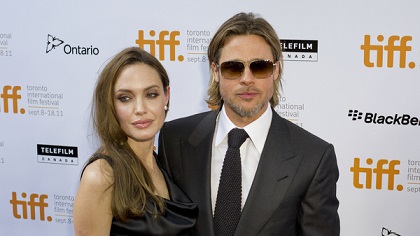 Actress, Angelina Jolie is reportedly "bitterly disappointed" with the outcome of her custody battle with ex partner, Brad Pitt.

Angelina Jolie is reportedly unhappy with a court decision awarding Brad Pitt joint custody of their children. An insider source has revealed to Us Weekly that the Maleficent star is “bitterly disappointed” following Judge John Ouderkirk’s ruling, following months of witness testimonies.

The source told the outlet that “Angelina's testimony lacked credibility” and the decision was “based on extensive testimonies from people, who spent time with the kids and by highly respected professionals. She will never forgive him... She maintains it's far from over and still believes that justice will prevail.”

The verdict was delivered by Judge Ouderkirk on May 13th, ruling in favour of Pitt’s joint custody over the estranged couple's six children; Maddox, 19, Pax, 17, Zahara, 16, Shiloh, 14, and twins Knox and Vivienne, 12.

Court documents obtained by Us Weekly stated: “[Jolie's] testimony lacked credibility in many important areas, and the existing custody order between the parties must be modified, per Mr. Pitt's request, in the best interests of the children”.

Jolie reportedly attempted to have Ouderkirk disqualified from the case, criticising his decision to forbid the children from testifying. In response to Jolie’s attempt, Brad’s lawyers responded by submitting a statement to the court.

“Ouderkirk has conducted an extensive proceeding over the past six months in a thorough, fair manner and reached a tentative ruling and order after hearing from experts and percipient witnesses.”

Meanwhile, a separate source previously told Entertainment Tonight that “All Brad ever wanted was to have joint custody of his children and he is relieved that the court ruled in his favour. This is a huge deal given the prior arrangement with the children. Brad can’t wait to spend more time with them. He’s incredibly happy.”

The Maleficent actress filed for divorce from Pitt, 57, in 2016 after two years of marriage. The pair officially divorced in April 2019, after a judge allowed them to be declared single while other issues remained, including finances and child custody.