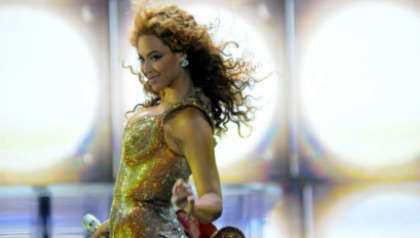 Beyoncé is releasing her first solo album in six years.

The album, 'Renaissance', will be the first album released by the singer since 2016's 'Lemonade'. It is her seventh overall. Featuring 16 tracks, the album will also include guest appearances from Grace Jones, Beam, and Tems.

It will also include contributions from her husband Jay Z and Skrillex the Dream.

Ahead of its arrival tomorrow (July 29), many country specific branches of Sony Music announced a set of listening parties around their regions known as 'Club Renaissance' which will take place tonight.

So far, these listening parties have been confirmed for Paris, Amsterdam, Berlin, and Ghent in Belgium.

“Creating this album allowed me a place to dream and to find escape during a scary time for the world. It allowed me to feel free and adventurous in a time when little else was moving", Beyoncé said of the album in a statement.

“My intention was to create a safe place, a place without judgment. A place to be free of perfectionism and overthinking. A place to scream, release, feel freedom,” she continued, “It was a beautiful journey of exploration. I hope you find joy in this music. I hope it inspires you to release the wiggle. Ha! And to feel as unique, strong, and sexy as you are".

Beyoncé has already previewed this album, releasing her track 'Break My Soul'.