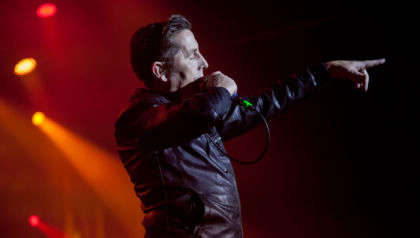 Christy Dignam has thanked his fans for their support over recent days.

The Aslan singer was placed in palliative care earlier this week, having been fighting a rare blood condition known as amyloidosis since 2013.

It has undoubtedly been a difficult time for Dignam, having been taken to Beaumont Hospital last July, and cared for by the Haemotology and Cardiac Care Team.

Dignam's recent health setbacks have forced Aslan to cancel their upcoming shows, including their rescheduled 40th anniversary show in Dublin.

Since then, Christy Dignam's daughter Keira has taken to social media to thank the fans for their kind and supportive messages for her father at this troubling time.

"My Dad just asked me to thank everyone for their support, well wishes and kind words over the last couple of days", she said. "It has been and will be tough but it's really given him a boost so thank you all!".

In response, one fan commented, “He has brought happiness and good times to so many people, a true Irish legend, sending love to you all”.

Another added, “Thinking of you all at this tough time sending love”.

“Christy, you’re a legend, you’re the nations hero, admired & loved by all. Thinking about you all Kiera”, another added.