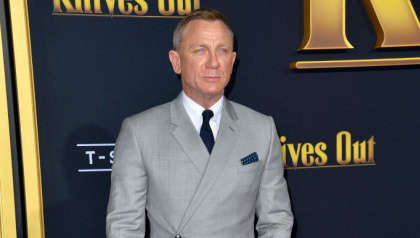 Dave Bautista who is to co-star alongside for Bond Daniel Craig in an upcoming film, feels that the actor is a "happy" man since stepping down from his role as 007.

Having co-starred on the Bond film Spectre, both Bautista and Craig are to reunite for the upcoming movie Glass Onion: A Knives Out Mystery, and Bautista feels that his co-star is "happy" since he left James Bond behind, as he was "really put through it on Bond”.

Bautista feels that Daniel Craig was under a lot of stress and pressure while working on that 2015 film.

“You could feel that he was under a lot of pressure", Bautista said, “He didn’t seem like the happiest person on Bond, but on Glass Onion, it was the complete opposite".

“He was just so much fun, and he was always smiling and happy and interacted a lot more. On Spectre, there wasn’t a whole lot of interaction with the whole cast", he continued. "But Glass Onion was the complete opposite. We were always together. So I got to know him better as a person and actually see him do his thing".

The film will show Craig starring as detective Benoit Blanc, who travels to Greece, to solve a case involving a new cast of suspects.

Describing Craig's transition from Bond to Benoit as "weird", Bautista added, “It’s amazing because I’m always in awe of people who can transform themselves like that".

Being released in cinemas this month, Glass Onion: A Knives Out Mystery will arrive on Netflix on December 23.