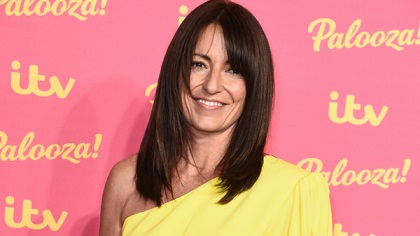 TV presenter Davina McCall has recalled the awkwardness of living with her ex-husband Matthew Robertson, following their split in 2017.

TV presenter Davina McCall has recalled the awkwardness of living with her ex-husband Matthew Robertson, following their split in 2017. Being married 17 years can be difficult for a person to navigate their way through a split, but it was extra “awkward” for Davina.

In a statement shortly after her 50th birthday in 2017, the former Big Brother presenter announced she had parted ways with Matthew. Davina explained that the couple’s three children, Holly, Chester and Tilly, were their “number one priority”. With the pair still living together following their split, Davina has since admitted that she felt like she “hadn’t moved on”.

Speaking to Good Housekeeping, Davina revealed that leaving her “awkward” living arrangements, had been a “transformative” experience for her. As explained, turning 50 was the beginning of the transitional phase of Davina’s life, living in a weird “no-man’s land”.

“The summer after my [50th] birthday, Matthew and I had split up, and I was in a real transitional phase of my life. We’d still been living in our house together, which was awkward. ‘I hadn’t moved on and I was in this weird no-man’s land. But then I moved out and started renting a place and that felt like the first step in a new phase. I thought, “Okay, we can look forward now.” It was transformative. And since then, I’ve really tried to simplify my life and scale it down, which has been a very positive thing”.

Following her “awkward” experience, Davina has some great advice for anyone who has a friend going through a divorce. She said friends should always check in on their huns, even if they seem like they have everything under control. Davina reminded people that “no one gets divorced without really thinking about it”, and that it is “an enormous deal and it really is hard”.

Davina was married to Matthew for 17 years and, together, share three children; 19-year-old Holly, 17-year-old Tilly, and 14-year-old Chester.