Ireland Has Its Best Day Yet At Oscars Nominations 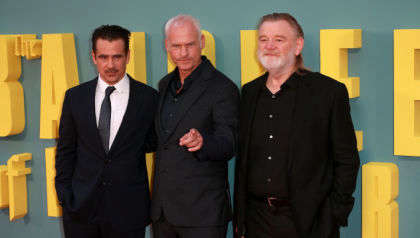 Ireland has had its best day ever at the Oscar nominations, with Banshees of Inisherin, Aftersun and An Cailín Ciúin all getting nods.

Along with several of its stars earning Oscar nominations, The Banshees of Inisherin writer-director Martin McDonagh has been nominated for Best Director, Best Picture and Best Original Screenplay.

The film has earned nine nominations overall, with Colin Farrell getting a nod for Best Actor, while co star Kerry Condon was nominated for Best Supporting Actress for her role in the dark comedy.

Irish speaking film, An Cailín Ciúin (The Quiet Girl) has been nominated for Best Feature Film. The Colm Bairéad directed hit becoming the first movie spoken in Gaeilge to do so, and is based on the Claire Keegan book, Foster.

Other Irish interest at the Oscars includes Jonathan Redmond earning a nod for Best Editing for his work on the Baz Luhrman biopic, Elvis, while Richard Baneham was nominated for Best Visual Effects for his work on Avatar: The Way of Water's.

Everything Everywhere All at Once leads the way with 11 nominations.