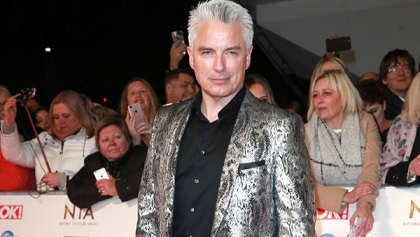 It has been confirmed that John Barrowman will not return for the next series of Dancing On Ice.

Having first appeared on the show as a contestant in 2006, Barrowman has been a judge since 2019.

In a statement ITV said, "We thank John Barrowman for two brilliant years on the Dancing On Ice panel and are pleased to be working with him again as host of the forthcoming All Star Musicals specials".

The 54 year old actor had been accused of repeatedly exposing himself whilst on the set of other shows.

"This will be devasting for him", a source said. “Clearly ITV feel it’s not a good look to have someone like John centre-stage on a family­-friendly show".

Stories of Barrowman's behaviour came to light, after his co-star from Doctor Who, Noel Clarke was accused of harrasing several women. A video taken in 2015 also resurfaced showing Clarke alleging that Barrowman would expose himself "every five seconds".

He also allegedly exposed himself whilst discussing this behavour during a Radio One interview. Barrowman apologised if his conduct had gone too far. He also went into therapy earlier this year.

He said, “They were different times, which is why I wouldn’t do now what I did then. I’ve acknowledged that by the way my behaviour has changed".

“I’ve always believed that the reason I was put on this planet was to bring joy to people, make them laugh. How I do that has evolved over the years".

“I’m still using humour, just in a different way than might have been the case ten or 20 years ago".

The actor had previously insisted that his job at Dancing On Ice was not under threat.

“As far as I’m concerned, it’s back to business as usual", he had said.