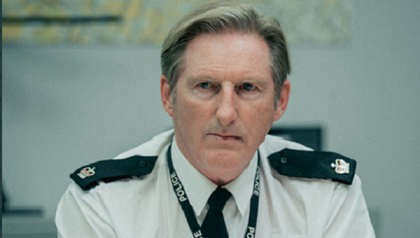 Line of Duty star Adrian Dunbar has hinted about making his Ted Hastings character into a spin off series.

Calling the possible project "interesting", Dunbar who plays AC-12 Superintendent Ted Hastings in Line Of Duty has openly stated that he would love to take on the role in a spin-off series.

"A spin-off? Yes, of course!", the actor said. "You'll always be in the market for considering whatever people throw at you".

The Belfast native added that fans of the show are "kind of gunning for it", and the "public want it".

"In terms of the story finishing, I think it was a really interesting ending", he added.

It has also been over a year since Line of Duty filmed its explosive finale, and it has remained unconfirmed as to whether the show would return for a seventh series.

Earlier this week, Adrian Dunbar addressed a potential return for a new series of the show on ITV Lorraine.

Yes, there is every possibility. We're all keeping our fingers crossed that we'll hear something at some point", he said. "We all want to get back together again. We'd love to go back to Belfast again. The last time we did it it was in lockdown, so we were all in bubbles. We couldn't get out… everything was shut. So we'd like to get back to Belfast for a bit of fun".

"I was in Dublin recently and a couple of people said it was amazing the way the series took off. Fellas used to leave the pub early to get home to watch it".

Adrian Dunbar stars alongside Vicky McClure and Martin Compston in the hit Line Of Duty.