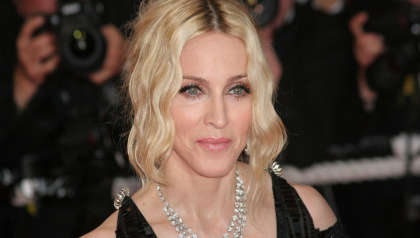 Madonna has claimed that she decided to write her own biopic in order to stop "misogynistic men" from taking over the project, insisting that "No one is going to tell this story, but me".

Madonna will direct and co write a forthcoming film about her life, alongside Juno screenwriter Diablo Cody, with Amy Pascal serving as producer. Pascal is renowned for her work on the films Little Women and Ghostbusters.

In a statement announcing the forthcoming film, Madonna said, “I want to convey the incredible journey that life has taken me on as an artist, a musician, a dancer – a human being, trying to make her way in this world".

She added, “The focus of this film will always be music. Music has kept me going and art has kept me alive. There are so many untold and inspiring stories and who better to tell it than me. It’s essential to share the rollercoaster ride of my life with my voice and vision".

"put my foot in the door"

Since then, the Crazy For You singer has also shed further light on her hands on approach to this film.

“I’ve had an extraordinary life, I must make an extraordinary film", she explained. “It was also a preemptive strike because a lot of people were trying to make movies about me. Mostly misogynistic men. So I put my foot in the door and said, ‘No one’s going to tell my story, but me’".

Regarding the film's progress, Madonna also added, “I have a very long script that is really hard for me to make shorter. I’ve been whittling away at it, but it’s like hacking off my limbs".

It had been reported that actress Julia Garner had been offered the lead role in this film, with Emma Laird, Alexia Demie, Florence Pugh, and Odessa Young emerging as other possible candidates for the role.