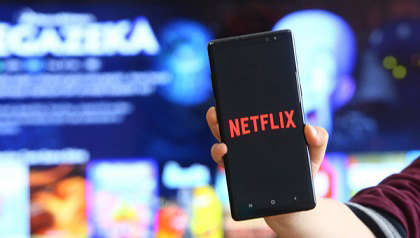 Netflix has released its Christmas Programme for this year. It will consist of as many as 23 Christmas films and TV shows and will be launched in the run up to Christmas Day.

This festive season will start on November 1 with the Claus Movie, a family film about an ailing grandfather's quest to save Christmas with his granddaughter who is not to keen on holidays.

On November 7, John Cleese, Elizabeth Hurley and Kelsey Grammar will team up to star in the comedy Father Christmas Is Back.

Netflix have announced that @MariahCarey's 2017 animated film, 'All I Want For Christmas Is You' will arrive on the streaming service on November 14.

Mariah's 'Merriest Christmas' special from 2015 will remain on the platform again this year. 🎄 pic.twitter.com/6GEBFpybJq

Starting on November 19, TV personality Bobby Berk is to also host the Christmas themed task show Blown Away: Christmas, which will see the show's winner get their hands on $10,000.

Netflix will also broadcast a seasonal special of Shaun The Sheep. The show's special The Flight Before Christmas will see Shaun take to the road to try to find his beloved comrade Timmy before Christmas Day. This starts on December 3.

Also dropping on the streaming service on December 3, is a Christmas edition of The Great British Baking Show. This festive special will feature Paul Hollywood, Prue Leith, along with comedians Matt Lucas and Noel Fielding.