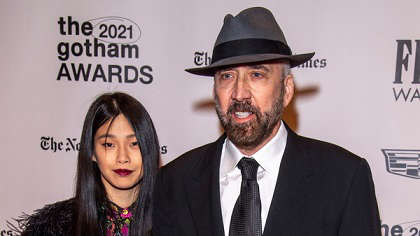 American actor, Nicolas Cage is set to star a little family with wife Riko Shibta as the 26-year-old has ‘one in the oven’. Announcing the exciting news, a spokesperson for the 58-year-old star revealed that the couple are expecting their first child together.

According to People magazine, Riko first met Cage in Shiga, Japan, while the actor had been filming the 2021 movie, Prisoners of the Ghostland. The couple married on February 16th, honouring his late father's birthday, during a “very small and intimate wedding at the Wynn Hotel in Las Vegas.”

“It's true, and we are very happy,” Cage told People magazine in a statement at the time. While speaking on the recent news, revealed on the actor’s 58th birthday, a representative told the magazine “The parents-to-be are elated!”

Cage has already fathered two children, from the actor’s previous relationships: 31-year-old Weston Coppola Cage, and 16-year-old Kal-El Cage. He has been married five times, whilst having his fourth marriage – to American makeup artist Erika Koike – annulled after just four days in 2019.

Cage announced his engagement to Shibata in August 2020, saying the couple agreed to marry over FaceTime after six months apart, Entertainment Tonight reported.

Speaking in August 2020 on a radio show hosted by his brother, Marc Coppola, Cage revealed: “We were really happy together and we were really excited to spend that time together so I finally just said, ‘Look, I wanna marry you,’ and we got engaged on FaceTime.”

Rising to prominence in the early 1980s, the Academy Award-winning actor has starred in a vast array of hit films. The American actor has portrayed some of his best roles in films such as newly paroled ex-con and former U.S. Ranger Cameron Poe in Con Air, and the face-pulling terrorist – Castor Troy – in Face/Off.