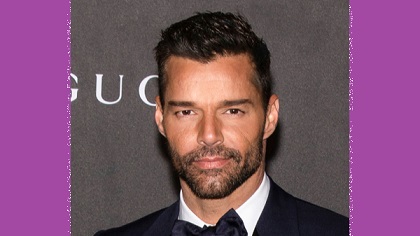 King of Latin pop, Ricky Martin has admitted his two-year-old daughter is the head of the household in an adorable family update. The pop star shared his personal journey through the pandemic of the past year, revealing that his mam joined his family.

Ricky’s mam joins him and husband, Jwan Yosef, along with Ricky's four children, daughter Lucia, son Renn, and 12-year-old twins, Matteo and Valentino. However, in a house dominated males, Martin has revealed that it is his two-year-old, Lucia who was in charge.

“She’s two years old and she knows it. She runs the house,” Ricky shared on Monday. The star recently appeared on the Ellen DeGeneres Show, where he who walked out on stage with thousands of flowers to celebrate her show. The singer also revealed how big of a fan his daughter is of Netflix cartoon, CoComelon and how she will not allow him to sing along with her.

“She loves Cocomelon so I was singing with her, and she said no no no daddy. She doesn’t let me sing,” he laughed.

Ricky’s children have spent the majority of their young lives on the road with the singer, as he travels across the world to perform. The 49-year-old shared that the kids first came along for the ride eight years ago, when the twins were four, and has been “amazing”. However, Ricky admits their time together this year has been filled with “anxiety”, although it has helped having his mother with them during lockdown.

“We were really in lockdown because my mom was with us. We were warm and cozy...sometimes there was anxiety, but we’re doing really well. Kids are amazing,” he added.

Ricky is set to tour with Spanish sensation, Enrique Iglesias, although he did not specify if the family will be joining him. The pop stars begin their tour at Las Vegas, Nevada in September 2021, with 26 dates across North America. The tour had been delayed due to the coronavirus pandemic but is set to grace Boston, Chicago, Miami, Toronto, Montreal, and more, before finishing at Anaheim's Honda Centre on November 20th.