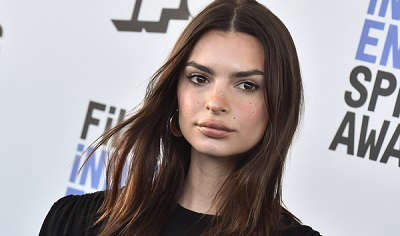 Robin Thicke has been accused of groping one of his model's breasts on the shoot of his 2013 hit, Blurred Lines

Robin Thicke has been accused of groping Emily Ratajkowski on the set of his 2013 music video. The singer previously worked with the actress/model, who feels Robin crossed a line.

Ratajkowski starred in the Blurred Lines music video along with Thicke, Pharrell Williams, T.I. and two other models. Speaking out in her new book titled My Body, the model alleges Robin her while filming the visual for his song.

“Suddenly, out of nowhere, I felt the coolness and foreignness of a stranger's hands cupping my bare breasts from behind. I instinctively moved away, looking back at Robin Thicke,” she writes. “He smiled a goofy grin and stumbled backward, his eyes concealed behind his sunglasses. My head turned to the darkness beyond the set. [Director Diane Martel's] voice cracked as she yelled out to me, 'Are you okay?'”.

The Sunday Times published excerpts of the book, where Ratajkowski shares that the alleged incident made her feel “naked for the first time that day” but she was “desperate to minimize” what had happened.

“I pushed my chin forward and shrugged, avoiding eye contact, feeling the heat of humiliation pump through my body,” she continued. “I didn't react—not really, not like I should have.”

The alleged assault is backed up by director, Diane Martel, who told the Sunday Times that she had witnessed the groping.

“I remember the moment that he grabbed her breasts. One in each hand,” she said. “He was standing behind her as they were both in profile.”

Martel said she screamed, “‘What the f*** are you doing, that's it!! The shoot is over!!'“. Martel also told the newspaper that Thicke “sheepishly apologized. As if he knew it was wrong without understanding how it might have felt for Emily.”

Both women claim that Robin Thicke had been drinking before the alleged assault happened. In her piece with the Sunday Times, Martel explains that she told the record company that they were pulling the plug on the shoot. However, Ratajkowski said to get on with things so they could continue with shooting the video.

The actress/model said she did not let herself admit that the alleged incident actually happened, that is until the singer allegedly blocked Ms Ratajkowski on Instagram.

Although Blurred Lines rose to the top of the Billboard Hot 100 chart in 2013, some people criticised the track for its lyrics, believing them to reference non-consensual sex.

In a 2015 interview with The New York Times, Robin claimed “Pharrell and I have never and would never write a song with any negative connotation like that. I think the song on its own—I don't think that would have existed. Once the video came out, that changed the conversation.”

The Sunday Times claim “Martel intended the video to subvert power dynamics”. However, Ratajkowski has a different view of things. The actress believes “With that one gesture, Robin Thicke had reminded everyone on set that we women weren't actually in charge. I didn't have any real power as the naked girl dancing around in his music video. I was nothing more than the hired mannequin."