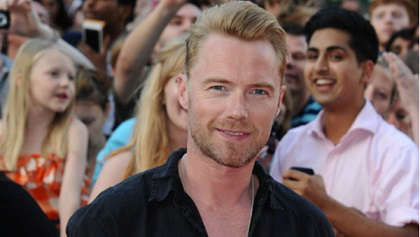 Ronan Keating said that he felt "anger, resentment and bitterness" over missing out on seeing his family back home in Ireland during lockdown.

The singer who was born in Dublin, now lives in London with his wife, fashion designer Storm.

Keating said that he found being disconnected from his family back in Dublin a major struggle.

"As time went on anger, resentment and bitterness sets in and you miss them. We would have been celebrating my dad's 80th last September. We had a family event planned and obviously, it all went out the window like everybody else’s plans", Keating said.

"After a year of being away from my siblings and my dad, you take it for granted that you can see your loved ones at the drop of a hat", Keating continued. "You can jump in a car, you can jump on a plane. And that was taken away from us".

"My connection with Irish music"

He also said that lisening to music reminding him of his Irish roots brightened his spirits. It also inspired the Boyzone star to put together his new album Songs From Home, which arrives on October 12.

Song From Home is Keating's 12th solo album. It consists of covers of Irish artists including Van Morrisson, U2, Mic Christopher and Mary Black.

It also includes a cover of Damien Rice's The Blowers' Daughter. Check it out here.

"It was through that, that my connection with Irish music became even more relevant to me and important to me – because it was home".

He added, "So these songs, when you have a glass of wine in the house, the music would go on. The choice of songs I would pick, I would gravitate towards these sorts of songs".

"It was through that, that really when we came out of this, I said I would love to make a record that reflects where I have come from as an artist, the songs I have grown up listening to".

"The songs that have moulded me as an artist and that I continue to listen to today".

Ronan Keating eventually returned to Dublin when travel restrictions were eased, a moment he described as an "emotional" experience.

"It was quite emotional when I got off the plane in Dublin", Keating admitted. "The airport was quiet. When I arrived I had a lump in my throat. It was flying in was when it started and I could feel it in my belly".

"It was quite an emotional thing to go back home. I didn’t realise how much I missed it until I was back there".

"You don't see much of that anymore"

Speaking about his early years with Boyzone, Ronan Keating said that meeting Irish fans of the band abroad was the part he is particularly proud of.

"There’s no screaming or any of that kind of stuff. A lot of the time someone will ask you for a photograph and an autograph", he said. "But I don’t get the mad hysteria we used to get in the Boyzone days, which was bananas in Ireland".

"It’s nice because there is a sense of pride, I guess, from people in Ireland – but more when you meet Irish people outside of Ireland".

"If I meet Irish people outside of Ireland, that’s when you really get a sense of the pride they feel – ‘Ah, you are one of ours’. Definitely, I think it is more that way".

My brand new album ‘Songs From Home’ is available for pre-order now. A passionate collection of songs that remind me of my home, Ireland.