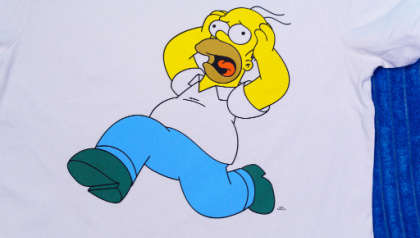 The Simpsons have appeared to predict the future again, as Donald Trump has announced that he will run for US presidency again in 2024.

The Simpsons' producer Al Jean recently shared an episode from 2015 from the cartoon comedy, showing Homer Simpson flying, with the words 'Trump 2024' in the background.

Earlier this week, Trump announced his intention to run a third bid for the White House.

.@TheSimpsons As predicted in 2015 pic.twitter.com/BQEbCXAyy2

The Simpsons have gained a reputation for their ability to predict the future.

22 years ago, another Simpsons episode 'Bart To The Future' showing Lisa Simpson as president and stating that “as you know we’ve inherited quite a budget cut from President Trump”.

“It’s been said that there are two types of Simpsons prediction”, Al Jean said. “Ther are these insane coincidences like Trump, then there’s things like this where I’m really sad it came true, but not surprised”.

“You could see this coming for a long time…so I think you just have to be very vigilant about defending freedom”.

Earlier this year, the Simpsons also showed their support for Ukraine during their ongoing conflict with Russia in an episode.