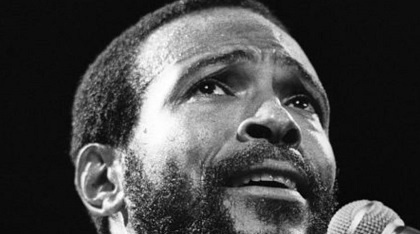 Warner Bros have acquired the rights for the Marvin Gaye biopic "What's Going On".

This biopic will be directed by Allen Hughes. Hughes is known for directing films such as Dead Presidents and Menace II Society with his brother Albert.

Allen Hughes will direct this film alongside Dr Dre, Jimmy Lovine and Andrew Lazar. Both Dre and Lovine were also the subject of a docu-series called The Defiant Ones.

The biopic will also be written by poet/playwright Marcus Gardley. It is also expected to have a budget of $80 million.

Deadline have stated that What's Going On will be a theatrical experience and music odyssey which will explore “the life of one of America’s greatest singers and musicians”.

"So personal for me"

“This is so personal for me,”, Hughes told Deadline. “When I made my first film with my brother, we were fortunate to get ‘What’s Going On’ into the trailer for Menace II Society, and it was a game changer in elevating the marketing of that film".

“Every film of mine but the period film From Hell had some Marvin Gaye in it, and I’ve just always connected to him", he continued. "He’s the artist’s artist, with this ethereal voice that just comes out of the heavens. There have been plenty of great artists, and then Marvin, in his own lane".

“When you listen, in one measure you feel like you’ve read a novel. Such a rich inner life in that voice, heavenly but riddled with pain, the agony and ecstasy at the same time. When he gained his independence in the ’70s, with that album ‘What’s Going On’, then ‘Trouble Man’ and ‘Let’s Get It On’, ‘I Want You’ and his final masterpiece ‘Here, My Dear’, when it comes to vocal orchestrations and the way he layered his voice, he’s Mozart".

For this biopic, Hughes will be working with Gaye's Estate Motown, giving them the rights to use all of the music icons famous tracks.

“You’ve heard of all these big-name directors that have tried for 35 years to consolidate these rights", Hughes said. "This started with Dre, saying, ‘Let’s do this together,’ and then Jimmy came on, and Andrew Lazar, and we worked with the estate, with Motown and some other things that needed to be tied down, and we got it done".

Along with the tracks, the biopic will explore Gaye's difficult relationship with his father, as well as the list of women who have influenced his career and inspired some of the most memorable love songs of all time. It will also explore the demons that Gaye faced throughout his career.