Councillor Condemns UL Response to Anti-Social Behaviour of Its Students 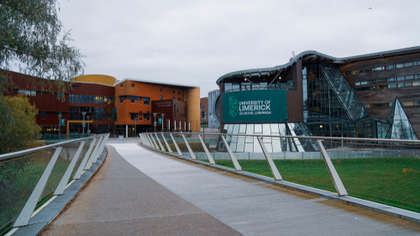 A Limerick councillor has criticised the response to recent instances of anti-social behaviour by students of the University of Limerick.

A party was thrown at College Court in Castletroy on Tuesday night with over 2,000 revellers gathering in the streets of the estate.

Local residents complained of broken glass being left in the streets and houses blocked by extra parked cars the following morning.

The Green Party's Cllr Seán Hartigan wants UL to introduce a code of conduct for its students living off-campus. He highlighted how UCC had introduced such a code, outlining rules to students and their landlords.

"It seems to have worked very effectively," he said of UCC's measures.

Cllr Hartigan said he believes the college also "needs a dedicated person to go out and liaise with landlords."

UL said it is unable to respond to off-campus incidents, which are the jurisdiction of the gardaí, but that they would investigate any students that are reported.

"Basically they are putting the onus back onto the residents to name students, to pick a student out of a crowd and tell the college who this student is," he said. "I don’t see that working."

"UL appreciates that there is understandable concern in the surrounding community about the return of large numbers of young people from across the country," the University said in a statement. "Appeals have been made to those living in off-campus rented accommodation to be responsible and a good neighbour to those around them. The University takes any behaviour that disrupts the campus and local community very seriously and will address matters in accordance with existing procedures outlined in the UL Student Code of Conduct."