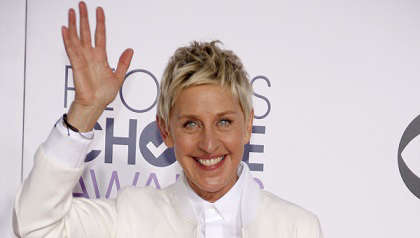 In a preview clip from the final episode of her chatshow, Ellen De Generes received a huge standing ovation from her audience.

While receiving this standing ovation, a visibly emotional DeGeneres said "thank you" to her fans, wearing a white shirt and black blazer.  Her partner Portia de Rossi and brother Vance DeGeneres are also spotted in the audience.

He TV talkshow The Ellen DeGeneres Show comes to a close after 19 seasons.

Ahead of this final show, the actress and comedian shared a preview clip. "The final episode. Tomorrow,", she wrote as a caption.

Last year, DeGeneres had announced that she was stepping down from the show, following criticism over an alleged toxic working environment.

"I was really emotional, even though it was my choice, and it's the right choice", Ellen said on her departure.

"I knew it was time to end this chapter and to do something different, but still it was really emotional", she added. "I wanted people to be reminded of what we brought to television with the music and the games and everything".