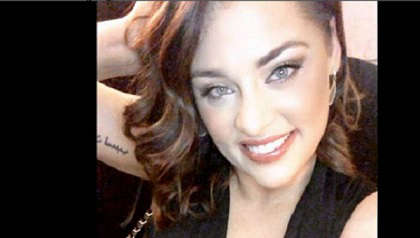 Former X Factor contestant Janet Grogan has revealed that she will be launching a bid to represent Ireland at the Eurovision 2022.

Janet Grogan has plenty of experience of performing at telivised events, having served as backing vocalist for Nicky Byrne and Ryan O'Shaughnessey for Eurovision 2016 and 2018 respectively.

She also reached the judges' houses at X Factor 2014, before losing her seat at the last minute. Grogan returned to the show for 2016, where she again made it through to judges' house, before being sent home by Sharon Osbourne.

She also reached the final of The Last Singer Standing, hosted by Nicky Byrne.

Confirming the news via Instagram, Janet Grogan revealed that she will be one of six hopefuls perfoming on the Late Late show in a bid to represent Ireland at the prestigious song contest in May.

"The rumours are true. My song 'Ashes of Yesterday' is in the running to represent Ireland at Eurovision 2022. I will be performing the song live on the #eurosong special on The Late Late Show on February 4th", she wrote.

"I've always been a huge Eurovision fan and to represent my country and do you all proud would mean the world to me. Lots off Love, Janet".