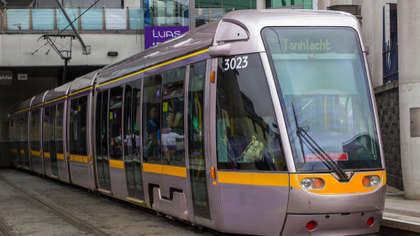 LUAS have ramped up security on their services following a report that revealed many women feel unsafe on public transport.

The number of LUAS security officers has been temporarily increased by 30%.

This follows the publishing of a report titled 'Travelling in a Woman's Shoes'.

55% of women surveyed for the report said they wouldn’t use public transport after dark. 34% confessed to avoiding going out at time due to safety concerns.

Transport Infrastructure Ireland's head of financial management Rachel Cahill said that "fortunately for most women, violent and unsafe incidents do not happen everyday, but the impact of such trauma is felt everyday, having a lasting effect on transportation habits and perceptions."

LUAS plans to add a feature to its app that allows real time reporting of anti-social behaviour, however it's not expected to be implemented until next year.