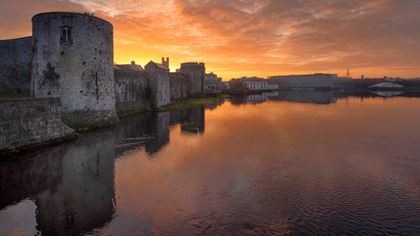 While working on a site at St Anne’s Court at the junction of Island Road and Athlunkard St, Limerick City and County Council uncovered walls believed to date as far back as the 12th century.

"Part of the medieval city of Limerick was located in this area, most significantly the city defences, as the city wall survives above ground beyond the site boundaries," a council spokesperson said. "As such, archaeological finds are to be expected, and Limerick City and County Council carried out advanced archaeological testing to pinpoint the location of the city walls and establish below-ground remains."

The wall is believed to exist at or just below ground level. The council says it will preserve the remains. "The location of the wall will inform the final design," they said. "The plans are to preserve the wall in situ and ensure a suitable buffer around the remains."

Sinn Féin councillor John Costelloe spoke of his excitement upon hearing of the find. "I got a phone call from someone who told me that they have discovered what would have been the original entrance into the ancient city of Limerick," he said. "I would hope that they preserve it. It is down a few metres, under the grass. So they should actually expose it and preserve it. It would be great for the area. That is the Medieval Quarter of the city, so it is a no-brainer to preserve it."