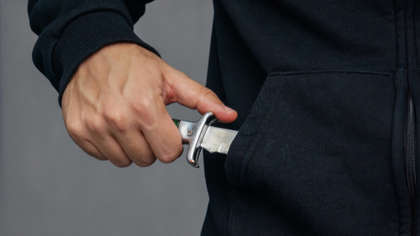 Politicians are calling for a dedicated approach to tackling the rising problem of knife crime in Cork city.

According to the Department of Justice, 172 knives were confiscated last year in Cork city, close to triple the number seized in 2016 (66).

As of August 16th, 116 knives have been seized in Cork city so far this year.

Garda authorities attribute the rise in seizures to proactive policies along with the increased Garda presence during the pandemic.

"We need to make sure that we provide the necessary supports to the gardaí to make sure that they can keep up that level of getting in at an early stage before serious injury is caused," said Cork North Central Fine Gael TD Colm Burke. "A lot of damage can be done in a very short time period and especially if you have a combination of people [carrying knives] with the use of drink and drugs. An overreaction to a very small issue and all of a sudden people produce a knife and use that knife and then there can be very tragic circumstances."

The new figures were described as "worrying" by Sinn Féin TD Donnchadh O'Laoghaire.

"Unfortunately we’ve seen some very serious assaults and murders in recent years with knives in Cork," said O'Laoghaire. "We need to understand what’s going on and try and solve it through whatever means necessary. I think there is a value in a local targeted approach and that is certainly something that I would be looking to discuss at best at the next joint policing committee meeting."