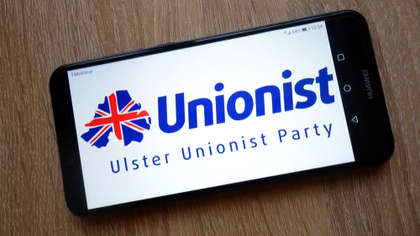 Ulster Unionist Party leader Doug Beattie has said he will ask his party members whether or not he should resign over controversial comments he posted on Twitter.

Tweets dating back to 2012, before he entered politics, recently resurfaced. In the tweets Beattie makes disparaging comments about women and the disabled, along with perpetuating ethnic stereotypes.

Beattie has said he is "extremely embarrassed and extremely ashamed" of the tweets.

"I will speak to my MLA group today and I will speak to my party officers through my chairman Danny Kennedy and if either group feels I should step down, then I will," Beattie said. "Likewise, if they think I should refer myself to the party executive or the wider council on a vote of no confidence then I shall do that as well and the party will decide whether or they can follow my leadership. Whether or not my party feels that I am the leader who can lead them into the election and beyond will be their decision and I will abide by that decision. It the party want me to stay I will still be the leader next week, if they don’t want me to stay I will not be the party leader next week. I am asking people to look at the person I am now and not judge me on the person I was 10 years ago."

Beattie has suggested that he wrote the posts while suffering from PTSD from his military service.

"My mental health has been affected by what I have seen and what I have done," he said. "I don’t want anybody to think I’m giving an excuse because I am simply not, it was wrong and I am deeply sorry."

Beattie's historical tweets resurfaced after he penned a Twitter post on Saturday that mocked the wife of DUP Stormont minister Edwin Poots.

Just last week Beattie topped an opinion poll that found him to be Northern Ireland's most popular political leader.