€76,000 Worth of Cannabis Seized in Galway City 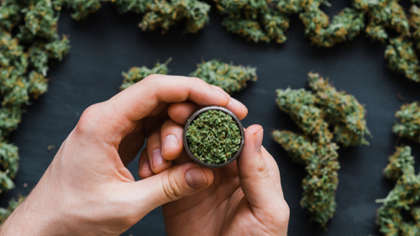 Galway Gardaí have seized a quantity of cannabis herb believed to be worth an estimated €76,000 following a search at a house in the city on Monday night. More than €7,000 in cash was also found.

The search was undertaken at a house in the Newcastle area at approximately 10.30pm on Monday night. It was conducted as part of the ongoing Operation Tara by Gardaí attached to the Galway Divisional Drugs Unit.

A man in his forties was arrested at the scene. He is now being detained at Garda HQ in Renmore under Section 2 of the Criminal Justice Act 1996.

Operation Tara was launched on July 2nd by Garda Commissioner Drew Harris. It's an enhanced national anti-drugs strategy whose goal is to disrupt, dismantle and prosecute drug trafficking networks, at all levels – international, national, local – involved in the importation, distribution, cultivation, production, local sale and supply of controlled drugs.

The operation earlier made news in Galway with the seizure of over €70,000 worth of suspected cannabis during a search of a house on July 10th. No arrests were made on that occasion and investigations are ongoing.