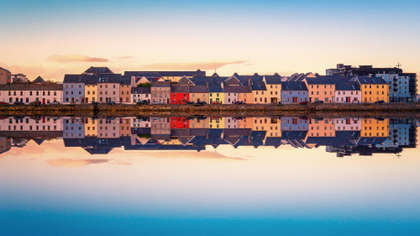 An Bord Pleanála has approved plans for a new Rape Crisis Centre to built in the Claddagh.

Galway Rape Crisis Centre owns an old building at No. 7 Claddagh Quay, which it intends to demolish and replace with a new three-storey building to house their service.

GRCC has owned and operated the existing building for the past two decades.

The Claddagh building is currently only being used to provide counselling services, with GRCC availing of temporary accommodation in Foster Court. That location, a former Magdalene Laundry complex, is owned by the Sisters of Mercy, with the lease expiring this month.

GRCC outlined the need for a new home in their planning application.

"We need help to give all the survivors of sexual abuse a place to come to for counselling that is bright, modern and safe because they deserve it," the application read.

Planning permission was granted by Galway City Council back in January, but was then appealed to An Bord Pleanála.

Creaven House, a sports centre located next to the GRCC building, stated a number of concerns including a boundary dispute.

Worries were expressed that a modern three-storey building would be out of character with the locale.

An Bord Pleanála have now upheld the council's decision. Pkanning permission has been granted for the building with a set of nine revised conditions.