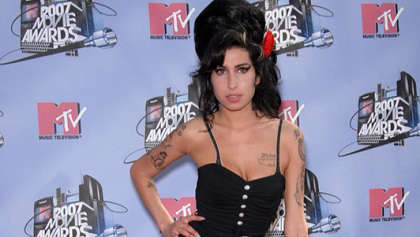 Amy Winehouse's father Mitch has said that he wants people to remember his daughter for "her talent" and "not just her troubles with addiction". Mitch Winehouse made these comments ahead of the tenth anniversary of the singer's death.

Amy Winehouse died on 23 July 2011 in her home in Camden due to alcohol poisoning.

Speaking to the Sun, Mitch said that Amy should be remembered for “her talent, her generosity and the love she showed us all”.

Mitch Winehouse also confirmed that following Amy's death, her estate is managed by the family.

“Amy’s mum Janis and I manage her estate”, he said. “Yes of course her music still makes a lot of money, what she did has set her whole family up”.

The family also set up the Amy Winehouse Foundation since her death, along with Amy's Place, an organisation helping women in their recovery after rehab.

"Ten years after her death, she is still looking after her loved ones, her family and many of her friends have been supported by her — and that’s typical of her", Mitch explained.

“She was generous in life and in many ways she still is now”.

The family might be prospering financially. However, Mitch reiterated that he "would give every penny back" if it meant being able "have my daughter back".

“The thing is, though, and I can’t say this clearly enough, I would give back every penny just to have my daughter back”, he said.

Following Amy's death in 2011, Mark Ronson who co-produced her final album "Back 2 Black", said that she was like "a sister to me". He called her death "one of the saddest days of my life".

Ronson also collaborated with Winehouse for the track "Valerie".