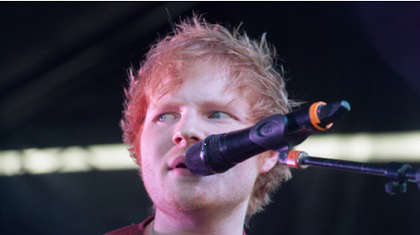 HMV will mark its 100th birthday by putting on a special Ed Sheeran in-store gig. They are to also open 10 new stores across the UK.

To help celebrate HMV's anniversary, an in-store concert from Ed Sheeran at HMV Empire is scheduled for Hetrford Street, Coventry on August 25.

"To celebrate #happy100hmv @edsheeran will be playing a very special anniversary show at @hmvempire", HMV announced on Twitter. "Lucky winners of a free prize draw will be invited to attend".

"UK residents only For your chance to win and full event details visit: https://centenary.hmv.com".

Lucky winners of a free prize draw will be invited to attend. UK residents only

For your chance to win and full event details visit: https://t.co/i6A4EiwoG3 pic.twitter.com/ysrk1AP6YD

700 tickets will be made available to fans. It is also part of Coventry's City of Culture celebrations. Fans who apply for tickets by 11-59pm BST on August 8 will be put into a draw for a free prize for tickets.

After shutting 27 stores across the UK in 2019 and falling into administration, Doug Putnam who owns Candian chain Sunrise secured a rescue deal for HMV at the time and has since been trying to find ways to get the retailer for music, tv, film and gambling merchandise back up and running.

Putnam has since opened new locations including one in Solihull which opened yesterday. A return of its flagship store in Oxford Street remains high on his list however.

The entepreneur insists that "there is still a place" for HMV on the high street.  Despite failing to secure a deal with Oxford Street landlords to get the retailer back to its orginal home, Putnam insists there are still a "bunch of vacancies" nearby.

Despite the decline in CD and DVD sales, Putnam insisted that merchanidse such as T-Shirts and board games is still in high demand. He also referred to the recent resurgence in vinyl sales.