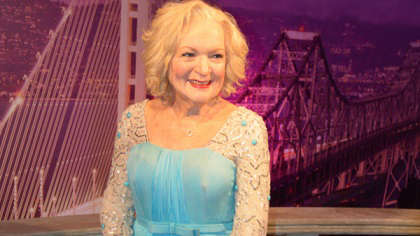 Rumours had been circulating that White's death had something to do with her receiving the Covid booster vaccine days beforehand.

However, Witjas has since stated on White's behalf that she died of natural causes.

"Betty died peacefully in her sleep at her home. People are saying her death was related to getting a booster shot three days earlier but that is not true. She died of natural causes. Her death should not be politicized — that is not the life she lived", he said.

Betty White had passed away last Friday, just a weeks before her 100th birthday.

"Even though Betty was about to be 100, I thought she would live forever", agent and close friend Witjas said at the time.

"I will miss her terribly and so will the animal world that she loved so much. I don't think Betty ever feared passing because she always wanted to be with her most beloved husband Allen Ludden. She believed she would be with him again".

Witjas also addressed a false quote that that been doing the rounds on social media, allegedly from White stating, "Eat healthy and get all your vaccines. I just got boosted today".

Adressing this false quote, Witjas also added, "She never said that regarding the booster. Betty died of natural causes. She did not have the booster three days before she died".