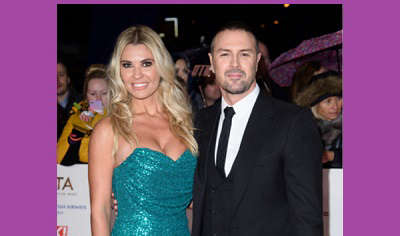 Paddy McGuinness’ model wife, Christine has been diagnosed with autism following diagnoses for all three of their children. Christine, 33, explains that Paddy, 48, suspected the model has been suffering with the condition for years.

Speaking on the matter in her new book, Christine McGuinness: A Beautiful Nightmare, the model said although she was not totally surprised by her diagnosis, she still finds it difficult to accept. Christine had been diagnosed following a visit to Sir Simon Baron-Cohen, director of Cambridge University's Autism Research Centre.

In an extract published by The Mirror, the model writes, “I have been confirmed as autistic. It's strange, but I've noticed there are little hints throughout my life that I'm autistic and more like my children than I ever could have imagined.

“My issues with food, my social ­struggles, how hard I find it to make friends and stay focused, and my indecisiveness. The way I float through life reminds me of how my eldest daughter Penelope is.”

Both Christine and her husband Paddy completed a set of questions from an AQ Questionnaire, designed to measure the expression of Autism-Spectrum traits in a person. With a spectrum ranging from 0-50, an average neurotypical person would have an average score of 15. However, with Paddy scoring 15, his model wife had actually scored 36!

Christine continued, “I broke down in floods of tears” when the model discovered that she has autism. However, the thing that really bothers the now 33-year-old is that “I'm just really sad for my younger self.”

The model reveals that for years, her husband always suspected that she has had autism, and was always conscious that she had “quirks” and was “a bit different”. Christine admits that she is her best self when around her three kids, Penelope, Leo, both eight, and Felicity, five. However, she feels that this is only the case because they are all autistic.