Daniel O'Donnell Puts His Dublin Penthouse Up For Sale 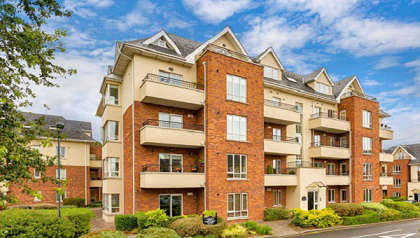 Daniel O'Donnell has put his penthouse apartment in Dublin up for sale for €760,000.

The apartment where the singer and his wife Majella stay when they are in Dublin, has been put up at the market through the Galvin agency for the six figure some. This luxurious abode which is located at Ballintyre Grove in Ballinteer, Dublin 16, also extends to 249sq m (2,680sq ft), with a wonderful view over the city.

This apartment imbues luxury and salubrious style which over 40 years of success in the music industry can afford. Donegal native Daniel O'Donnell is a singer who has also sold over 10 million records, along with having a different album in the British music charts for an impressive 25 consecutive years.

As you could expect, the rooms are just a joy to behold, take the kitchen for example, a room with black marbled, ceramic tiles, polished-stone counter tops, a large island, along with custom-filled kitchen units.

The living room boasts triple-glazed windows, which are darmoured, giving the room a nice angular space. It is also a room which covers 70sq metres, along with a dual aspect balcony.

The house appears to have been put on the market, as the O'Donnells spend a lot of their time in Donegal.  Elsewhere, Daniel O'Donnell has recently touched down in Canada, as the country singer begins his live tour of Canada and North America.