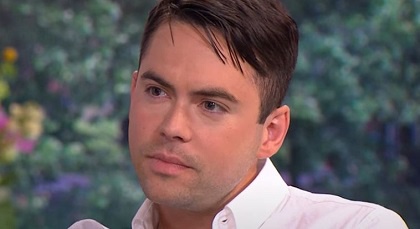 Former Coronation Street star Bruno Langley is to launch his own Pop Music career. Bruno Langley played Todd Grimshaw in the soap until his dismissal in 2017.

Langley was sacked from Corrie after he pleaded guilty of sexually assaulting two women at a Manchester nightclub in 2017.

He was fined £500 and issued with a 12 month community service order. He was also placed on the sex offenders register for the next five years.

At the time, Bruno released this statement, apologising for his actions.

"I have absolutely no memory of what happened because of excessive alcohol consumption and it was for this reason that I behaved completely out of character".

"However, I take full responsibility for my actions that night".

But now, having pursued a career in photography, Bruno has now set up an Instagram account, promoting his music career. It's called "Bruno Langley Music", which has accrued 38,000 followers so far.

Recently, Langley has announced that he released a new single "Collide" to streaming platforms.

"Thank you for all your lovely messages regarding my music", Langley wrote. "I love you all and I hope you are doing well x".

"I am working on some new music I hope to share with you very soon", he added.

You can check that out and Bruno's "Collide" below.

"I have 5 wonderful, beautiful and talented sisters", Bruno said. "Rosie my younger sister released this cinematic pop version of It Ain't Me Babe and it is so lovely and cool".

"Please have a listen and follow her on Spotify. Click the link in my bio. I’m eternally proud of you sis love you always".

"I have been taking some time out these last two years or so to catch my breath, reassess what is important to me, and to make myself a better person", he continued.

"I understand some people will want to say negative things and that is fine, I can take it".

"I have been shown so much support and love by so many people, be it friends, family, or strangers I meet, and I want to thank you from my heart for being so amazing and compassionate towards me".