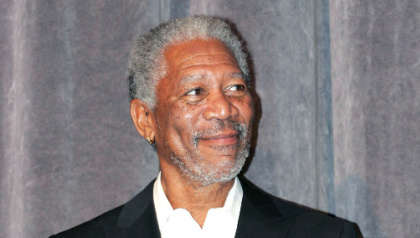 Morgan Freeman has come under heavy fire for helping to officially open the FIFA World Cup in Qatar, with one viewer branding him a "sell out".

The Shawshank Redemption star narrated an opening segment of 'The Calling' at Doha's Al-Bayt Stadium, where he told the audience, “We gather here as one big tribe and Earth is the tent we all live in. Football spans the world, unites nations in their love of the beautiful game. What brings together nations also brings together communities. We all have a story on football and how it brought us together and this land has a story of its very own".

However, Freeman's appearance at the event has been met with strong opposition, with some people labelling him as a "sell out".

“Hope the qatari blood money was worth you selling out for Shameful", another added.

Another viewer wrote, “For a man who played Nelson Mandela – who knew better than anyone the impact & importance of isolation on a country & its success on the ground to change that nation’s policy – it is so disappointing to see #MorganFreeman take the money & support an oppressive regime".

Morgan Freeman on his way back to the United States pic.twitter.com/jsZyfkQeni

#FIFAWorldCup @morganfreeman very disappointed, some people will do anything for money. Won’t watch #shawshankredemption again.

@morgan_freeman should be ashamed. 🤬🤬🤬 How much they pay you? 🤔 How much is your integrity? 🤔

Never rise your voice to talk about of minorities. You just lost that privilege. 🤮🤮🤮@FIFAcom is a BLOODY business. And #Qatar2022 is the world cup AGAINST #HumanRights.

Some people did come to Freeman's defence by praising his speech, “Morgan Freeman’s skit at the World Cup opening ceremony has a rare sense of DEPTH. Beyond his blessing of a great voice, is the TRUTH in his message. ‘What unites us here in this moment is so much greater than what divides us’. If only we abided by this!!!".

Another added, “I just read the full narration Morgan Freeman gave at the opening and I must say it is Captivating, the world needs to listen!”.

World Cup organisers have been heavily criticised over issues regarding Qatar's views on homosexuality, along with the deaths of mirgrant workers in the building of stadiums.