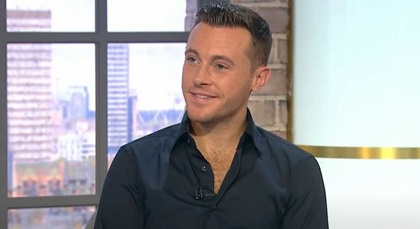 Country music star Nathan Carter has issued a formal apology after police broke up the singer''s birtthday party, with 14 Covid fines subsequently issued. The PSNI were called to Carter's home where approximately 50 people were in attendance.

Last weekend, relatives of the singer hosted a barbecue to celebrate his 31st birthday. At least 50 people attended the party, which ultimately saw 14 Covid fines handed out, while one fine worth £1,000 was also handed out.

The PSNI added that further action is also expected.

"Police received a report in relation to a house party and a suspected breach of The Health Protection (Coronavirus, Restrictions) Regulations (Northern Ireland) 2021 at an address in Lisbellaw at 10:30pm on Friday night (May 28)", a PSNI spokesperson said in a statement.

"Officers attended the address where at least 50 people were present".

Nathan Carter's representatives have since released a statement, confirming that the PSNI were called to his home and his apology for his "totally irresponsible" conduct.

The statement read, "I wish to confirm the attendance of the PSNI at my residence on Friday, May 28". My family visiting from Liverpool had organised a barbecue for my birthday".

"They believed that this gathering was within the Covid-19 restrictions in the North, however, it transpires that it was not".

"The organiser has already paid the fine that was issued".

"Given the restrictions I realise how irresponsible these actions were and I fully apologise".

Current restrictions in Northern Ireland allow six people from up to two households to meet in private dwellings and stay overnight.

Up to fifteen people can mingle from three different households.

"Nothing to get up for"

Like most sectors, the music and entertainment industry has been brought to a standtill since the pandemic struck, something which Nathan Carter admitted he found difficult to cope with.

"It was very hard. I did a good few interviews during the pandemic where I talked about not wanting to get out of bed in the morning because there was literally nothing to get up for", he said.

"[I was] just probably in a state of depression for a while because of not doing what I love doing", the singer added.

"I really didn't play any music for about four or five months at one stage".

"Whenever you are involved with music and you play a musical instrument or sing, it's kind of therapy when you do it".

"So whenever you stop, it's not good for you. That's what I found".

The Wagon Wheel singer revealed he has felt more positive about life recently.

"Thankfully I started exercising and getting outdoors and doing a bit more songwriting which helped".

"For someone that was always so upbeat and never would've been down or negative about things, I definitely did", he also added.

"I started playing again and playing music and interacting with people and writing songs definitely helped me for sure".