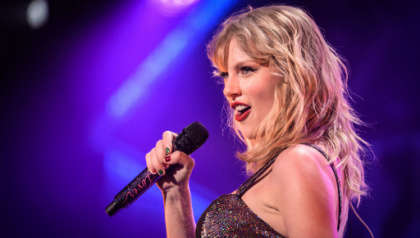 An investigation into a lack of competition in the ticketing industry, after thousands of Taylor Swift fans were unable to purchase tickets for her tour from online vendors will be carried out, the US Senate have confirmed.

This comes following reports of major service failures and delays on the Ticketmaster website, which left fans unable to buy tickets for the singers 'Eras' Tour last week (17 November).

General sale of these tickets was eventually cancelled by the company for the US leg of the singer's tour, due to "insignificent ticket memory", and "extraordinarly high demand".

Ticketmaster eventually cancelled the sale of tickets altogether, despite being due to re open the following day.

Following this fiasco, Taylor Swift vented her anger over the inconvenience inflicted on fans trying to purchase tickets for her shows.

"I'm not going to make excuses for anyone because we asked them, multiple times, if they could handle this kind of demand and we were assured they could", Swift wrote. "It's truly amazing that 2.4 million people got tickets, but it really p***** me off that a lot of them feel like they went through several bear attacks to get them".

The singer also added that she hopes to "provide more opportunities for us to all get together and sing these songs".

"Last week, the competition problem in ticketing markets was made painfully obvious when Ticketmaster's website failed hundreds of thousands of fans hoping to purchase concert tickets", she said.

"The high fees, site disruptions and cancellations that customers experienced shows how Ticketmaster's dominant market position means the company does not face any pressure to continually innovate and improve".

"That's why we will hold a hearing on how consolidation in the live entertainment and ticketing industry harms customers and artists alike", Klobuchar continued.  "When there is no competition to incentivise better services and fair prices, we all suffer the consequences".

This goes way beyond Taylor Swift. This is about a monopoly that can charge higher prices, hide fees, and fail to give quality service because it doesn’t need to. I am holding a bipartisan hearing with Senator Lee because when there is no competition, Americans pay the price. https://t.co/L3DsbhgZpk

"American consumers deserve the benefit of competition in every market, from grocery chains to concert venues", Lee stated. "I look forward to exercising our Subcommittee's oversight authority to ensure that anticompetitive mergers and exclusionary conduct are not crippling an entertainment industry already struggling to recover from pandemic lockdowns".

The hearing schedule and witnesses will be confirmed at a later date.

Kicking off on March 17 in Glendale, Taylor Swift's first tour since 2018, finishes with five shows in LA on August 9.