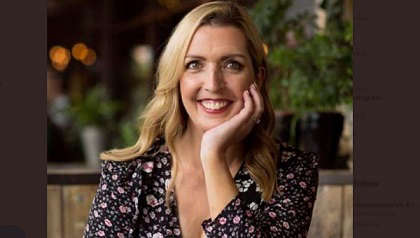 The family of the late Vicky Phelan have invited the public to celebrate her life at her local parish church at Mooincoin, Co Kilkenny later this month.

Taking place on Sunday November 27, the family of the late CervicalCheck campaigner have added that they were keen to give all who loved Vicky a chance to say their goodbyes to a woman who touched so many lives.

"Vicky was a friend to many and was keen to ensure that all who wanted had the opportunity to join with us in a celebration of her life & pay their final respects. With this in mind, we invite you to her native Mooncoin, Co Kilkenny on Sunday, November 27th next at 1pm, where we will do our best to honour that wish", the family said in a statement shared via Vicky Phelan's Tribe Facebook page.

The family also confirmed that this event will be live streamed too.

They also added, "As numbers in the church itself are limited, there will be a live stream available on the day also, details of which will be posted later in the week along with further updates on the event itself. At this point it's fair to say that music will feature prominently, with some of her favourite musicians playing a few of her favourite tunes on the day".

Vicky Phelan passed away last week, following her brave battle with cervical cancer. Diagnosed 8 years ago, she was intially given an all-clear. However, she was informed that her initial diagnosis was a false positive.

She is survived by her husband Jim, their children Daragh and Amelia, her parents John and Gaby Kelly, along with siblings Robbie, Lee, Jonnie and Lyndsey.