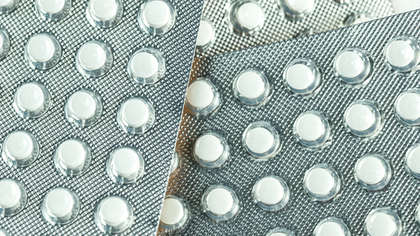 A man who was caught selling Benzodiazepine tablets outside Cork's General Post Office has pleaded guilty to the offence.

30-year-old Cork native David Falvey of Silverheights, Mayfield, pleaded guilty at Cork District Court to possessing the tablets for sale or otherwise supplying. He also pleaded guilty to a separate charge of possessing Alprazolam for his personal use.

Garda Inspector James O'Donovan told the court how Falvey was spotted by gardaí as he dealt drugs at Winthrop Street.

Falvey attempted to flee the area when he saw the gardaí approaching. Upon being stopped and searched, 160 Alprazolam tablets in 16 separate blister packs were discovered on his person.

The tablets have an estimated value of €320.

Falvey has 89 previous convictions, none of which are related to drug offences.

"He would have been a heroin addict at the time and he was handing them out to other heroin users who were unable to get the Diamorphine (heroin). I am not saying he was giving them out for nothing – there was a small remuneration."

Cuddigan said Falvey has "done everything one would expect to get out of addiction," and noted that his client has enrolled in a full-time educational course.

Judge Marion O'Leary adjourned sentencing for six months when she will review a probation report, a garda progress report on Falvey and a report on his exam results and educational progress.