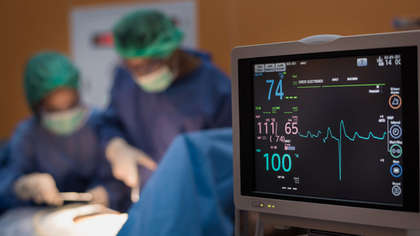 Doctors in the US have transplanted a pig's heart into a human patient.

The patient, 57-year-old David Bennett, received the pig's heart in a desperate bid by doctors to save his life. Three days later he is said to be doing well, however it is too soon to know whether the operation will ultimately prove successful.

Doctors at the University of Maryland Medical Centre claim the operation proves that a heart taken from a genetically modified animal can function in the human body without being immediately rejected.

Ineligible for a human heart transplant, Bennett agreed to the unique surgery.

"It was either die or do this transplant," he said prior to surgery. "I want to live. I know it’s a shot in the dark, but it’s my last choice."

The US is currently experiencing a shortage of human organs available for transplant, leading scientists to focus on the potential of using animal organs. Last year saw a record number of 3,800 heart transplants performed in the US.

"If this works, there will be an endless supply of these organs for patients who are suffering," said Dr Muhammad Mohiuddin, scientific director of the University of Maryland's animal-to-human transplant programme.

The pig's heart was genetically modified to remove a sugar from its cells that would normally cause the human host to reject the animal organ.

The transplant follows an experiment last September in which doctors attached a pig's kidney to a human corpse. The kidney continued to function.

"This is a truly remarkable breakthrough," said Dr Robert Montgomery, who headed that experiment. "As a heart transplant recipient, myself with a genetic heart disorder, I am thrilled by this news and the hope it gives to my family and other patients who will eventually be saved by this breakthrough."