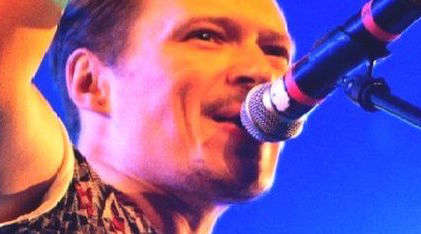 UB40 has announced that lead singer Duncan Campbell has been replaced by Kioko musician Matt Doyle ahead of the band's UK tour this summer.

Campbell retired from his music career after suffering a seizure last week.

UB40 has announced that lead singer Duncan Campbell has been replaced by Kioko musician Matt Doyle ahead of the band's UK tour this summer.

Campbell announced his premature retirement from the group last week after suffering a seizure at home in early July.

Matt Doyle's Reggae/Ska band, Kioko, has previously opened for UB40 at London's Royal Albert Hall in May 2018 as well as joining them on their 2019 tours of the UK and Europe.

“I have loved UB40's music for as long as I can remember and that love has only grown since getting to know them and watching them play live night after night on tour. They took Kioko under their wing and gave us the opportunity of a lifetime by inviting us out on tour, and although I'll deeply miss playing shows with Kioko I know that they will carry on to do incredible things and that we will always remain the best of mates.”

Doyle said that his thoughts and prayers are with Campbell, wishing him "the absolute best" and a speedy recovery: “I've seen how much love he puts into his performance and he has written some incredible songs that I can't wait to sing, as well as all the hits that have been such a big influence on my own music.”

Robin Campbell, the older brother of Duncan and UB40 guitarist and vocalist said: “Matt has already demonstrated his ability and compatibility with the band on our latest album Bigga Baggariddim with the track ‘You Don't Call Anymore’. He's a talented young man with a voice and singing style that will prove to be a good fit and a great asset to the band.”

Doyle's debut performance with UB40 will take place on July 31 at Lingfield Park Racecourse, kicking off the band's 2021 tour ahead of their UK tour dates later in November and December of this year.

Campbell's replacement is the second time that the band has appointed a new lead singer after Campbell''s younger brother, Ali, left the group in 2008 after a managerial dispute.