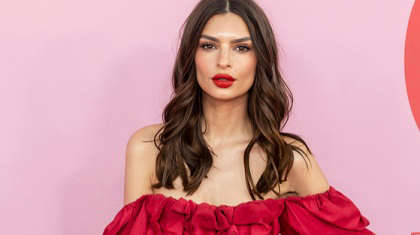 An under 15/16 Irish basketball team is to be sponsored by US model Emily Ratajkowski.

Emily Ratajkowski's clothing line inamorata will sponsors the Bantry Basketball Club's under 15/16 side, the club have confirmed.

This may seen bizarre, but actually Ratajkowski has close links to Bantry. Her father John purchased and renovated a farmhouse there during her childhood. The model has regularly spoken about her memories of the town in her Instagram account. Whether she has a connection with the basketball club or not remains to be seen.

"Thanks to Emily Ratajkowski"

"Thanks to Emily Ratajkowski for her new sponsorship of our boys under 15/16 team through her clothing brand @inamoratawoman", the club tweeted.

Thanks to Emily Ratajkowski @emrata for her new sponsorship of our boys under 15/16 team through her clothing brand @inamoratawoman pic.twitter.com/k4dMby1wkI

The club also wrote on their Facebook page, "We'd like to take an opportunity to thank our team sponsors and welcome aboard some new additions. Thanks to Bantry Credit Union, O Keefes Super Valu, The Anchor Bar, The Boston Bar, Brian Drummond Upholstry, Cremin Coaches, Mannings Emporium, CopMac Scaffolding, Bantry Bath and Tile and Keohanes Seafoods for their continued support. We would also like to thank Tadhg Mccarthy of MCM construction for his continued sponsorship and his new sponsorship of our academy teams. We would also like to thank Emily Ratajkowski for her new sponsorship of our under 15 and 16 boys through her clothing brand Inamorata.
If you would like to promote your business on our social media channels through sponsorship please get in contact with us on bantrybasketballchair@outlook.com".

Inamorata have also said that the range is inspired by the Southern California beach that Ratajkowski grew up in.

The description says, "From the perfect crop top to the must-have LBD, Emily and her best friend, fashion world vet Kat Mendenhall, dreamed up all the cool, streamlined pieces you can wear to the corner bodega and everywhere else in between. Rejecting the tired old myths about body image, INAMORATA WOMAN embraces the full spectrum of the female form--and makes her look damn good in the process".

As you probably guessed, this led to some comical reactions online.

"Just a random day in West Cork", one person wrote.

While another wrote, "In today's unexpected celeb news...".